The three big „C“ in Cyprus

For one week I am on the beautiful island Cyprus with some clients. The “Atlantica Miramare Beach Hotel” in Limassol, here known as Lemesos, is our home for this period. 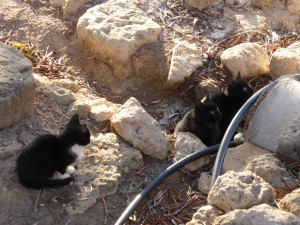 We have plenty of time to visit some of the nearly uncountable churches and monasteries. Always accompanied by some cats, that people like here a lot.

Some of the churches and monasteries are UNESCO  World Heritage Sites. Numerous of them were founded during the very early Christianization. 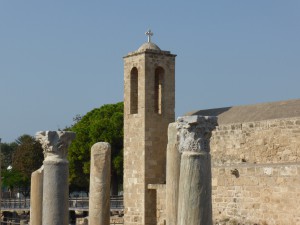 The churches are mostly byzantine with colorful frescos inside, that are sometimes very well preserved. Unfortunately taking pictures is not allowed. The frescos mostly show scenes of the life of Jesus, his mother Mary or the saint who is the titular Saint of this particular church or monastery. Inside we often find straight wooden chairs with seats that are folding upwards, because in the Orthodox Church the faithful have to stand up and sit down quite often during mass.

Particularly interesting are the many icons , that Cyprus is very popular for. The oldest one was made in the 8th century. This one and many more are to be found in the Byzantine Museum in the Greek part of Nicosia, the major city of Cyprus is here known as Lefkosia . Here also we marvel at a fresco that was put here on an arch by archeologists who kind of cut it off an arch in a church, because they wanted to rescue another, much older fresco that was underneath. This older one is now visible in the church Agios Nikolaos tis stegis, the Saint Nicolaos from the roof.

Lots of the age-old icons were put in the museum to protect and restore them.

Most of the monasteries are still functioning, even if new blood is missing. To many of them people are coming for praying or just to look at, like we do. Proper clothing is necessary.

The most well-known is the Kykko Monastery, that is situated in the Troodos mountains in an elevation of 1140 meters. Despite the shining sun and the blue sky I´m very happy to wear long trousers and a sweater. The wind here high above sea level is much colder than at the sea shore and it is already mid November. That means, winter is coming here as well and snow is very common in the mountains, even if swimming in the Mediterranean Sea is still possible (not for me, I prefer really warm water…).

“Why do all the monks and priests have long hair and beards?” we ask our Cyprian guide Michalis. “In former times they were not allowed to bath or cut their hair”, is his answer. Lacking hygiene is surely no problem amongst the holy men anymore, only long hair and beards are still common.

Now the last big “C” and my favorite are the many cats. I like to come out as a cat lover, as we have a tomcat at home ourselves. 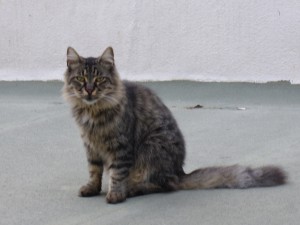 Legend has it that the cats came with St. Helena, mother of Konstantin the Great. These cats help the Cyprians sine hundreds of years to cope with the here living snakes. Obviously with some success as snake bites, even from the poisonous ones, are not too often. 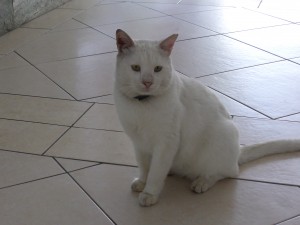 What is striking to me, is that most of the cats do not have a small physic like in many other warm countries. These cats here are mostly well nourished and quite big. Surely a sign, that they need not only to feed on mice.

Next week you will find some more about Cyprus on my blog. Until then you´ll find more information and photos on my Facebook site and on Pinterest, TripAdvisor and Instagram.